The University of Castilla - Mancha (UCLM), through the Group of health and biotechnology (wise) belonging to the CPNI (Center mixed UCLM-JCCM-CSIC), in collaboration with meat industry Valcaza SA, belonging to the interprofessional Association of the meat of Hunt (ASSICAZA), participates in a project of innovation, pioneering worldwide, for the development of a new product biofunctional meat of deer, characterized by high concentrations of melatonin , a hormone beneficial to the health of the people.

Melatonin is a hormone produced by mammals, especially ruminants such as deer, with numerous features beneficial for human health, as points out Dr. Soler, Member of the head of this project research team, who adds that thus demonstrated its effect on control of the dream "and their great antioxidant power capable of reducing chronic oxidative stress associated with aging that causes cell death". In addition, is has related with other effects as the reduction of the pressure blood in people with hypertension chronic, or the effect protective against agents carcinogens.
Issues as they have motivated the study of melatonin production in a physiological manner by the own animal to obtain a food rich in this type of substance biofunctional, since at present there is no meat product of deer with these features, what is considered a working pioneer worldwide.
For the development of the project it boasts an investment of nearly 94,000 euros, co-financed by the Board of communities of Castilla - La Mancha by the programme of support to business innovation by the European Fund of Regional Development (ERDF) through the operational ERDF Programme 2014-2020 of Castilla - La Mancha and Castilla - La Mancha.
He group researcher stresses in its project the importance of the industry of the meat of hunting as an activity of great dimension partner-economic in them areas rural of Spain. Thus, according to data of the DG of mountains and spaces natural of Castilla-it stain in them last years this community is charge annually more than 93,000 parts of hunting greater mainly of deer, what is a billing annual approximate of 600 million of euros, being Spain leader European in the production of meat of deer.
However, they continue, one of the main constraints encountered by the agri-food companies and, in particular, the meat of deer to be sufficiently competitive industry is its low innovative capacity with lack of experience in research, development and innovation (RDI).
By this, an of them opportunities that have been detected in it strategy of specialization intelligent (RIS 3) of Castilla-it stain and that wants to be developed in this project is the elaboration through the innovation of a product of quality adapted to them new trends and tastes of the consumer that allow a best marketing of the meat of deer as well as an increase of the profitability of this sector. 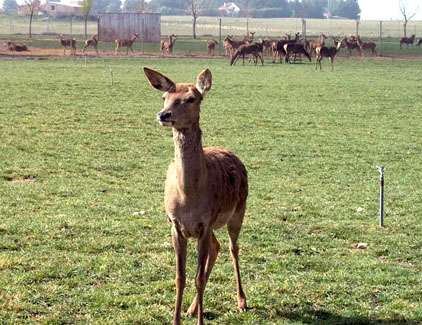