From 1 to 3 July has had place the first Iberian Congress of science applied to resources (hunting)www.cicarc.es) on the Campus of the Royal City of the University of Castilla - La Mancha and has had Research Institute in hunting resources as organising host. This Congress that is going to continue to be held on a biannual basis, wants to be a forum in which researchers from all aspects related to hunting can present their research and discuss their findings in sessions of oral presentations and panels. The initiative to organize this Congress has been very well supported given the participation of 175 researchers and technicians from Spain and Portugal, which have filed a total of 61 panels and 35 oral presentations. In addition, has attended the inaugural conference of José Luis Garrido, former Director of FEDENCA, which has made a historical review of the involvement of the sector in Spain hunting resources research, and other three plenary lectures by Dr. Raquel Godinho Portuguese CIBIO, Dr. Juan Carranza of the University of Cordoba and Dr. Christian Gortázar of IREC. Among the topics addressed in lectures and panels have been monitoring and the study of genetic populations, the aspects relating to the management and game species ecology, Physiology, diseases and epidemiology, the study of other environmental impacts, and social and economic aspects of the game. The Congress ended with a Roundtable on cross-sectoral vision of science applied to the hunting management in which representatives of public administrations and the private sector highlighted the importance of research, the quality of the current studies in the Iberian peninsula, and the need to improve the transfer of knowledge in the research hunting. Although in upcoming dates will be available at the official conclusions of the Congress, we can move forward is an overview of the debate generated at the round table that the best defense that hunting can be done is through science-based management to ensure the sustainable use of this natural resource in the context of the conservation of biodiversity, including the hunting species themselves, to be able, in short, ensure the ecological, social and economic sustainability of the hunt. 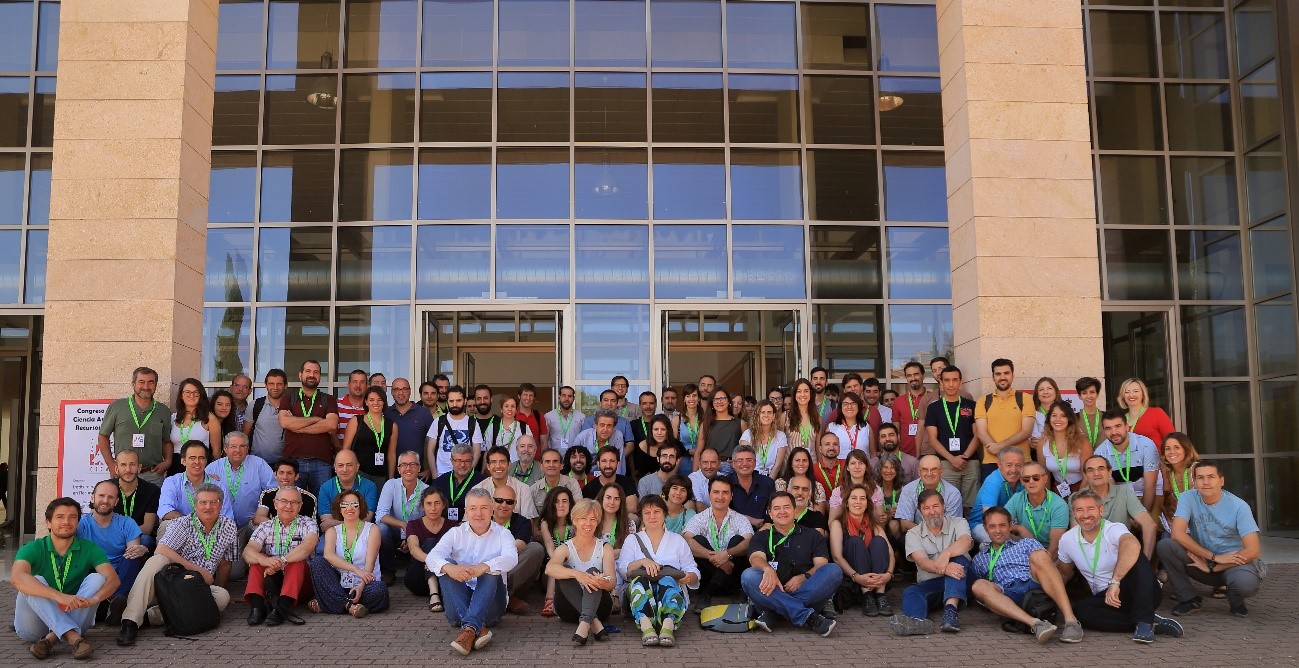 Photo of the CICARC attendees on the last day of the Congress.

Conflicts where there shouldn't be

In that sense, We want to apologize if in lectures or panels you have failed to give opinions beyond the scientific debate can be considered an attack on persons or sectors. Researchers are clear that the results of the research are discussed within the channels of the system of evaluation of science which allows to discard those studies have not been done on a proper scientific method, or conclusions that are not sufficiently grounded in data. In a Congress as the CICARC, open to all researchers from Spain and Portugal, it was expected the presence or communication of different jobs with different approaches. His presentation at the Conference is a first step in the evaluation system and criticism within the sector.

Specifically want to make reference to the poster presented by Dr. José Miguel Aparicio, researcher of the IREC, entitled "the importance of scientific information in a context of sustainability: the conflict of the hunt as a case study", which has been considered within the hunting sector as an attack of IREC on hunting. Presented in this poster does not represent at all the position of the IREC as an institution and the vast majority of the more than 100 people who form it. Nor do we share taken in this communication forms and emphasize that it is a personal view of the author. We thank your critical thinking to advance and detect errors in the achievement of a greater environmental and social sustainability of the hunt, but in any case the IREC considers that in any exchange of opinion forms should be kept in a few margins. In short, we cannot allow the conflict generated by this communication in poster to eclipse other more than 40 communications staff of IREC on multiple areas of research in hunting resources.

Posture anti of IREC and its director? Of course not.

The claim that the director of IREC has an anti stance can not consider as true or acceptable. At IREC, and its included director, we work on multiple lines of research related to the management of hunting. Although some studies we should deal with unavoidable issues that affect the sustainability of this activity at national and international levels, in any way we can accept that this constitutes an attack on hunting but quite the opposite. Research aims to always get to base the game management on scientific knowledge that would compromise the ecological, social and economic sustainability of the hunt.

For sample have the Organization of the CICARC)www.cicarc.es) which ended yesterday itself and that do more than make visible both in Spain and in Portugal is done much research and quality to ensure the sustainable use of the hunting resources. We would have wished that this would have been much better used by sector (federations, associations, foundations...) to show the society, including the administration of Justice, that the hunt is being investigated by many research groups, being IREC of one of the most representative. Nor do we understand that being currently preparing for next fall an exhibition on hunting ("hunting: a challenge in evolution"), which is being reported the sector through the Artemisan Foundation and that it demands or offers the possibility of participate actively, we can say that the director of IREC can have an attitude anti.

From IREC we understand that hunting requires quality research and free from pressures of any kind to make after the society through public and private institutions take appropriate decisions to see as a whole benefited.

It is possible that give bad interpretations of some studies of IREC and in this regard we would like to maintain a more fluid contact between researchers and hunters, as there was always. I believe that we must organize meetings between the direction of the Royal Spanish hunting Federation, the autonomous federations and IREC to exchange points of view and to have relations of cordiality as we had always.