Thanks to the collaboration of IREC, the students of this secondary education center use photo trapping and the search and recognition of footprints and signs as study methods.

The students of Biology and Geology of 1º Bachillerato of the IES San Blas (Añover de Tajo, Toledo) are studying the community of mammals of their locality thanks to MammalNet, the European project led by the Institute for Research on Game Resources (IREC - CSIC, UCLM, JCCM) to encourage citizen participation in the collection of data on the distribution of mammals.

For this they use two different methodologies: photo trapping and trace recognition, which includes the search and identification of tracks, excrement and other signs of the presence of fauna. In this way, students learn to conduct wildlife censuses and monitor the biodiversity of their locality. In addition, they have learned how they can easily collect observations of mammals with the mobile application. iMammalia and dump the information from trapping cameras in Mammalweb, thus contributing to improve scientific knowledge of mammals. 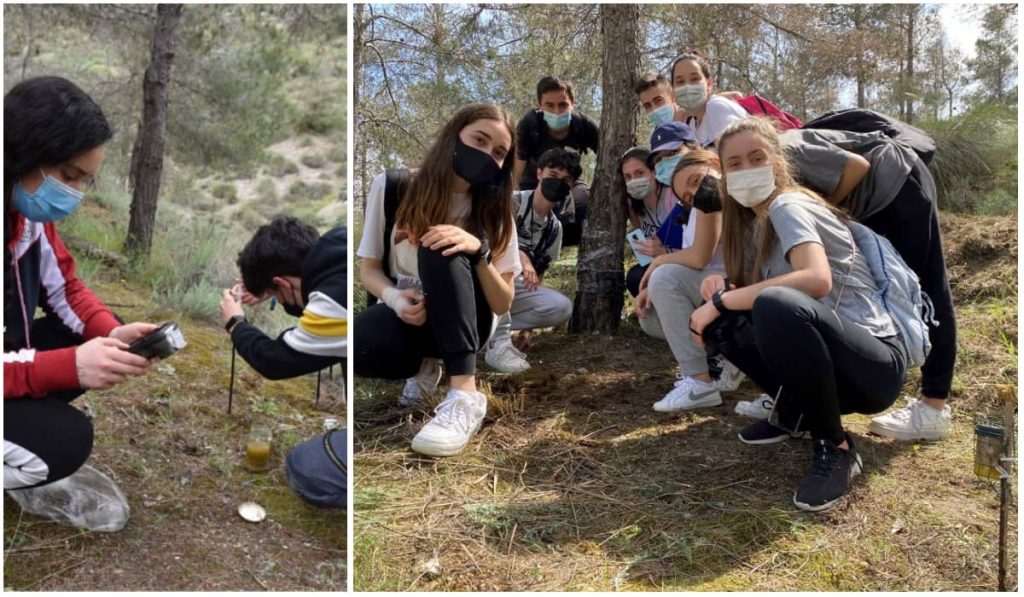 Students from the IES San Blas study the community of mammals of Añover de Tajo (Toledo) by means of photo-trapping and the identification of tracks and signs, integrating the information collected in iMammalia and Mammalweb.

Knowing the presence and distribution of wildlife species is essential to improve knowledge about their ecology, the conservation status of their populations or even improve the management of zoonoses (diseases that are transmitted from animals to humans). However, studies of mammalian communities are especially difficult, since the species that compose them often have low densities and many have an elusive behavior and nocturnal habits.

The lack of information on the presence and distribution of some mammals is particularly notable in anthropic areas such as the La Sagra region (Toledo), where the study is being carried out. For this reason, the records derived from this study, which will be available to the entire scientific community thanks to the freely accessible databases of iMammalia and Mammalweb, are especially important.