The Research Group Toxicology and Ecotoxicology Wildlife of the Instituto de Investigación en Recursos Cinegéticos (IREC – CSIC, UCLM, JCCM) It is created in mid-2003 and since then has worked in the exposure assessment to different types of toxic wildlifeAnd to study the effects they can have on the individual and the conservation of stocks. In addition, we studied the implications for food security This type of pollution is hunting for meat.

Contaminants and scenarios studied are diverse and include the pesticides and fertilizers used in agriculture, Heavy metal contamination caused by past mining activities in areas currently engaged in the production of big game and livestock, contamination associated with the use of lead shot or andMPACT toxins and microbiological agents the quality of game meat.

Members of the Group 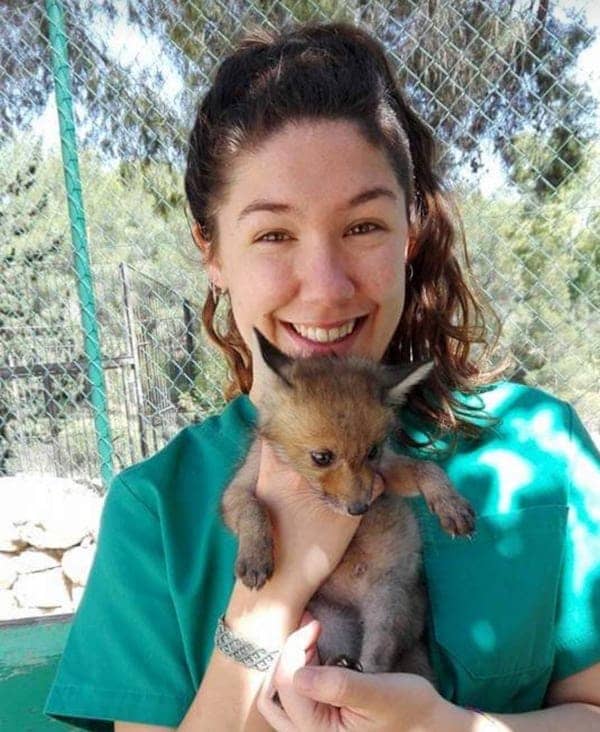 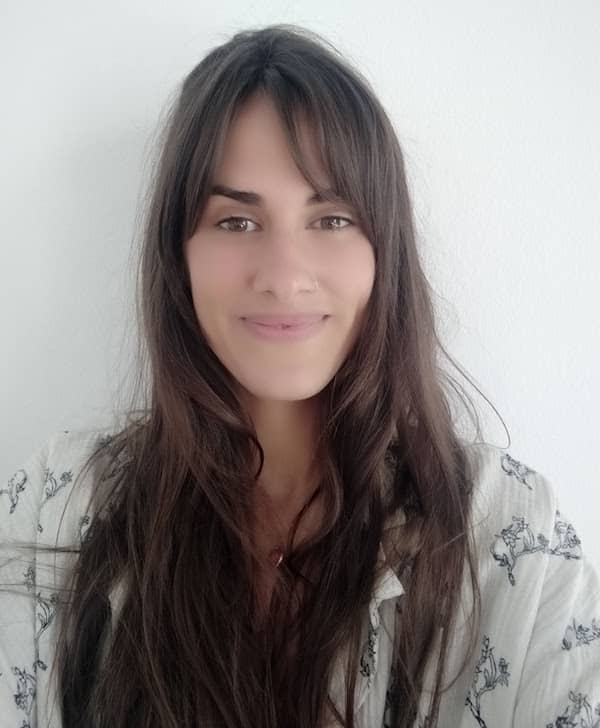 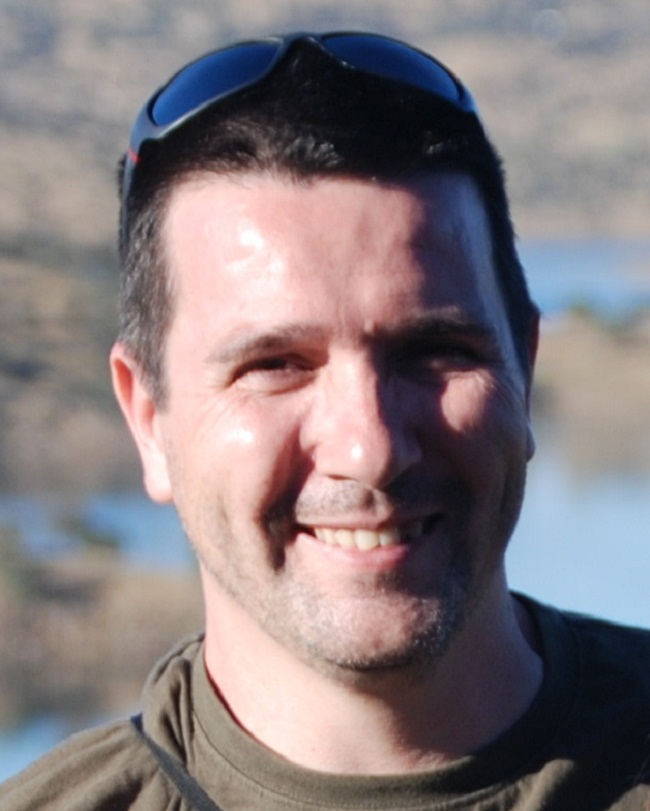 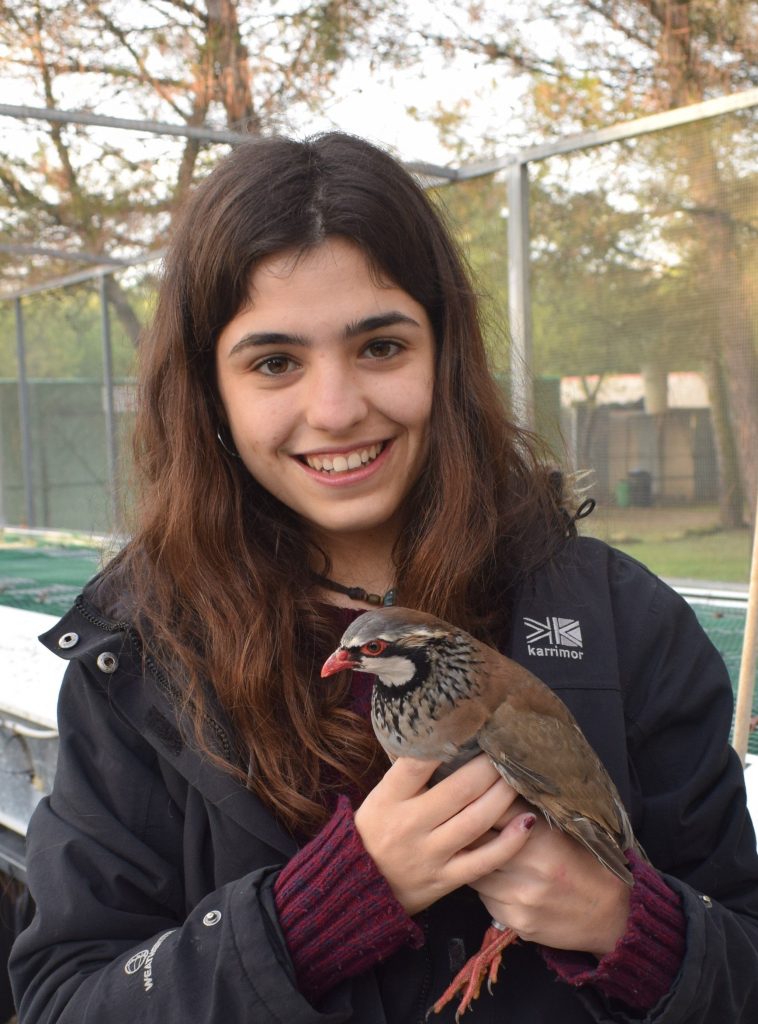 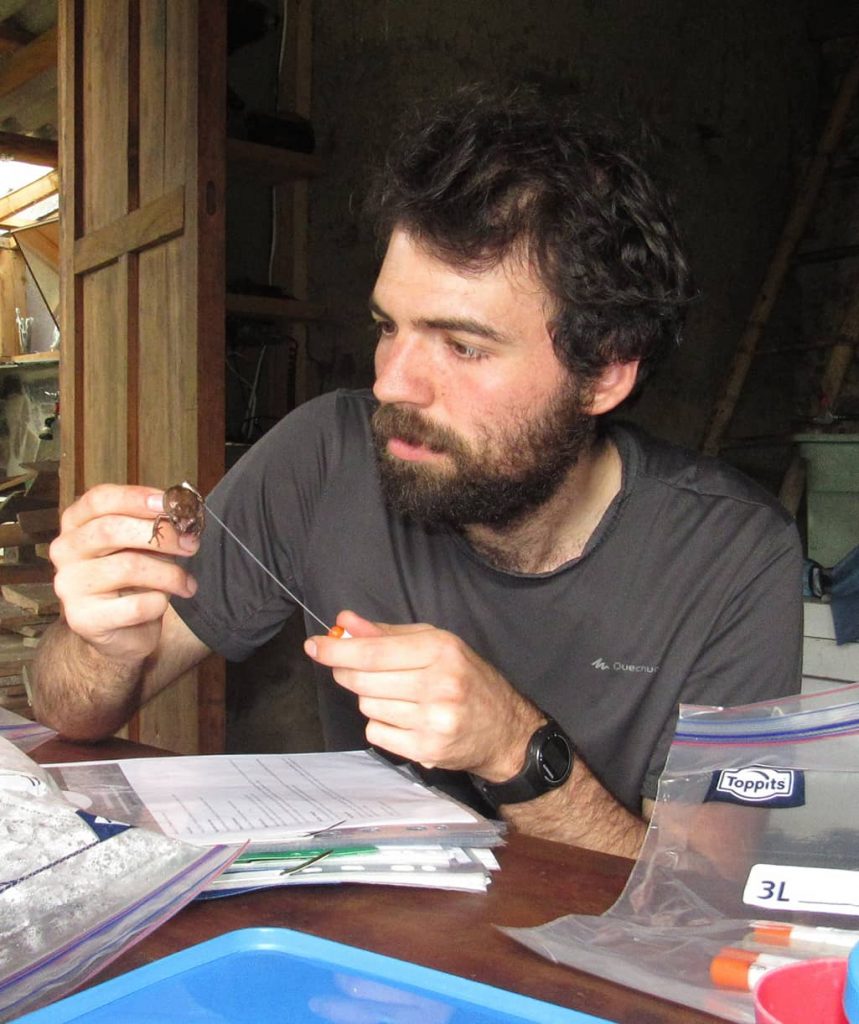 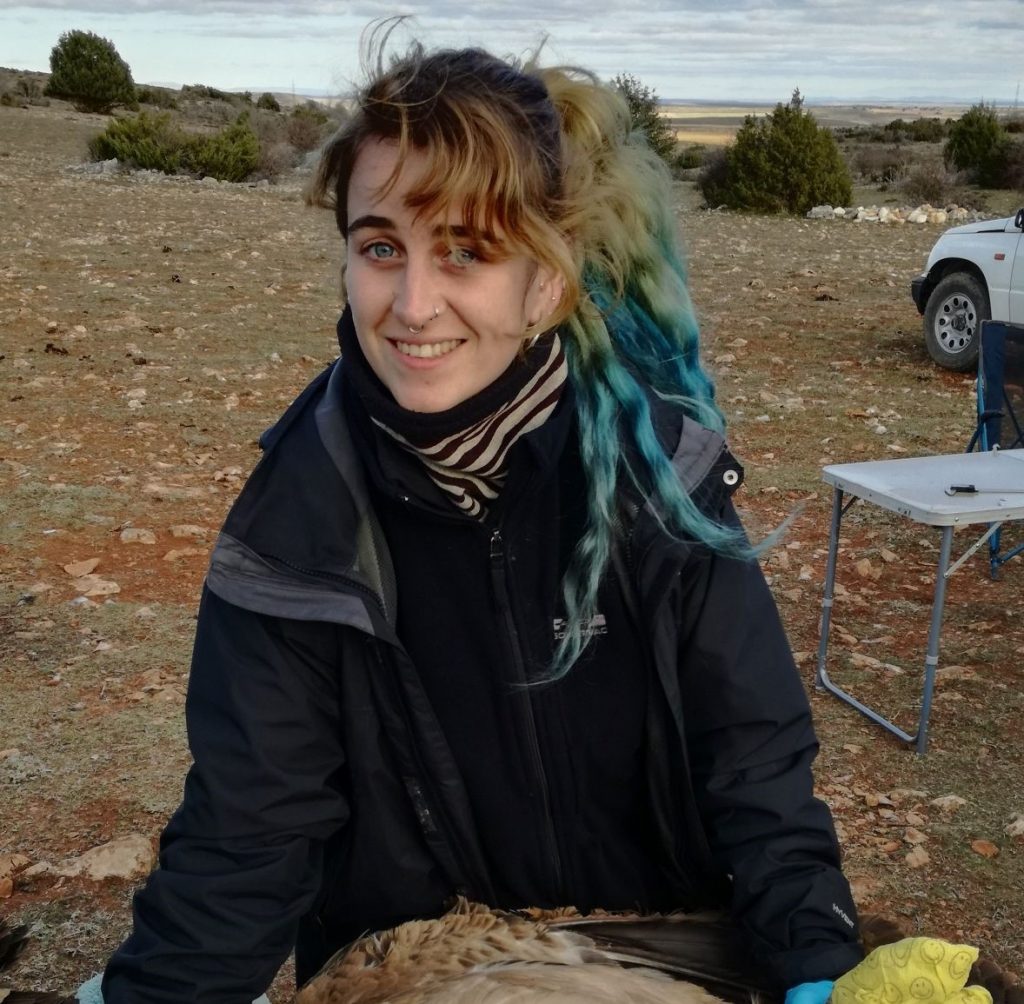 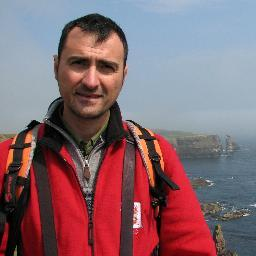 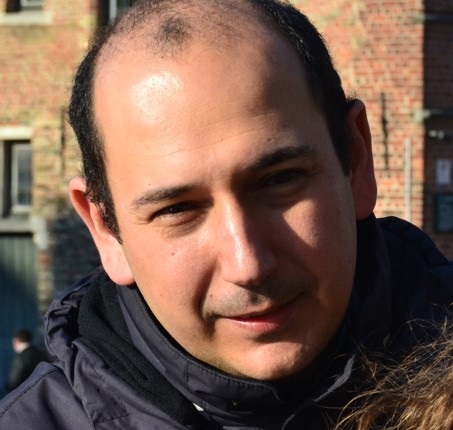 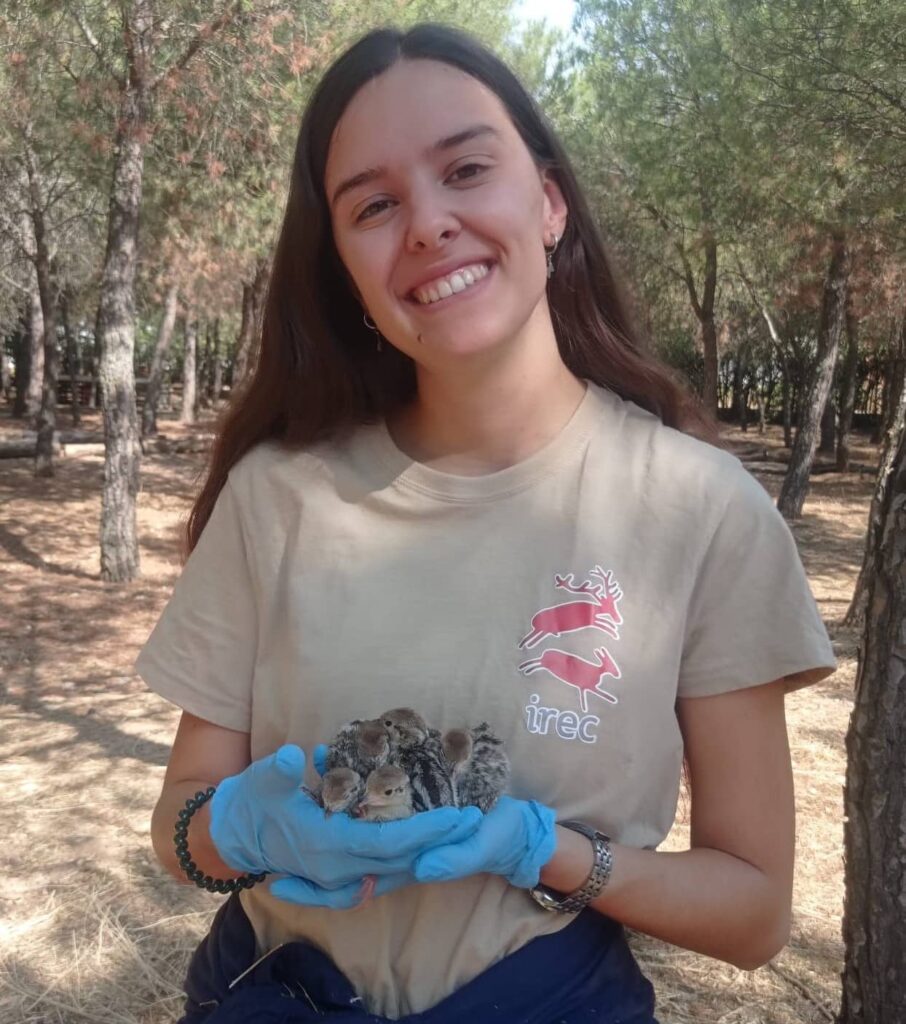 Contamination by metals heavy originated by the activity mining

The mining of heavy metals leaves a legacy of contamination by high levels of heavy metals in soils and plants are also transferred to the animals that inhabit these areas including game species, livestock and meat. In this issue we work studying sublethal effects of pollution on animals exposed in the countryside, and the implications that this entails in terms of food security.

Ecotoxicology of the pellet of lead: poisoning in birds and implications in food toxicology

The accumulation of lead shot in wetlands sediments around the stalls hunting produces high prevalences plumbismo in waterfowl in Spain. Currently, following the ban on lead shot for hunting in humid areas, we are beginning to see a lower rate of lead shot ingestion which is reflected in lower contamination of game meat. In this line, we work on the effects of lead on birds, both in the field and experimentally, and on the implications that this contamination has at the population level and on the food safety of game meat.

The use of pesticides in agriculture has a negative impact on the sustainability of hunting. The effects the use of agrochemicals can be both indirect, due to the reduction of biodiversity and the exploitable biomass game species such as direct toxic effect that some pesticides can have on animals. This line works studying the risk of exposure and the effects of pesticides and other agrochemicals in wildlife through field studies and experimental.

One of the leading causes of mortality in wildlife are unintentional poisonings by illegal use of poison to kill predators that cause losses in livestock, hunting and agricultural productions. In this line working on techniques for Diagnosis of poisoning by techniques of chemical analysis and biomarkers. Monitoring carried out allows to obtain epidemiological data useful for better control of illegal use of poison. In recent years we have worked in the use of conditioned aversion to certain prey using chemicals in order to reduce conflict of predation and thus the motivation for the use of poison.

The organochlorines such as p, p'-DDE (DDT metabolite) are accumulated in the tissues of animals that occupy high levels of the trophic chain, as are all predators, leading to adverse effects on reproduction, immune function or other mechanisms mediated by the endocrine system. Along these lines, we study the factors that define the risk of exposure to persistent pollutants and the effects that these can have on animals in the field.

Several wetlands are manchegos sewage water treated more or less directly from nearby populations. Las Tablas de Daimiel suffers the effect of discharges through the two rivers that supply them, the Gigüela and the Guadiana, since the populations located upstream lack effective treatment systems for discharges. The wastewater discharges, in addition to negatively affecting the physicochemical parameters of the water, carry chemical contaminants of very different types. This line ranges from effects on the development of aquatic macrophytes to effects of endocrine disruption in waterfowl.

Transversally, we work in the study of new biomarkers and sampling methods which do not involve the capture of animals to study. In some cases it is possible to assess exposure to pollutants and the onset of effects of exposure on non-invasive samples as feces or feathers. Many of these biomarkers we work (oxidative stress, vitamins, carotenoids, porphyrins and biliverdina) are useful for other research groups as markers of quality of the individual.

Manchego wetlands, like most Spanish wetlands, present Sporadic outbreaks of botulism that may kill thousands of waterfowl. Detection and quantification of the gene of botulinum toxin by the technique of real time PCR serves to investigate factors that trigger outbreaks. This line has studied the epidemiology of this disease in wetlands Mancha.

Publications of scientific communication and dissemination

Other actions communication and outreach

Participation in the documentary video recorded by Birdlife International on lead poisoning in waterfowl in relation to ingestion of lead shot. 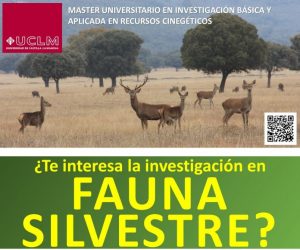 The overall objective of our Master's Degree in Basic and Applied Research in Game Resources (MUIBARC) It is the training of graduates capable of developing scientific research tasks in the field of wildlife, particularly hunting.

This Master is seen as a offer specific knowledge of wild game species and specialized level and complementary to that of the degrees of various degrees for students seeking to enhance their training in ecology, biology, health, reproduction and wildlife management.

Is established as objectives specific of the Master that the students acquire the following skills:

More information about the MUIBARC 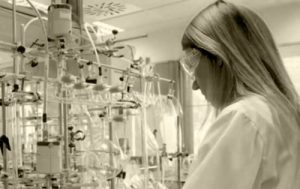 Master in Environmental Sustainability in Local Development and Territorial

The Master in Environmental Sustainability in Local Development and Territorial offers advanced and multidisciplinary training in the fields of environmental sustainability and global change. This Master will respond, on the one hand, to the need to facilitate the progressive incorporation of highly qualified personnel in centers, institutions and companies where their work can be useful in promoting truly sustainable local and territorial models of development, and, on the other, to a social demand that demands more and better researchers in the field of monitoring global change and its impacts on natural heritage and environmental quality.

The overall objective of the Master is to complement the training of qualified academics and professionals related to environmental issues that wish to expand their knowledge and improve their skills to become experts or researchers within institutions or public and private enterprises. Therefore, the Master's programme is designed to gain a multidisciplinary perspective and integration of environmental issues as a key piece of sustainability, as well as a solid base of knowledge about the most appropriate existing instruments for diagnosis, monitoring, assessment, recovery and adequate management of the natural heritage (biodiversity and geodiversity) and environmental quality against the pressures of global change, as well as in the application of criteria, tools and technologies to promote sustainable management modes in the local and territorial development. In so far as in the process of monitoring of sustainability management and research converge, has been taken as a proper reference to double research and professional profile with which the Master has been structured.

More information about the Master in Environmental Sustainability 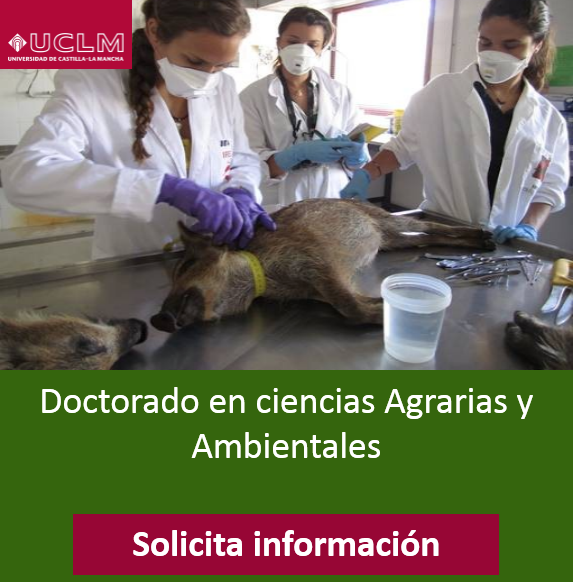 PhD in Agricultural and Environmental Sciences

This doctoral program consists of several centers of the University of Castilla-La Mancha (UCLM), combining personal efforts and materials for an offer of the highest quality and warranty. Participating centers are:

The participating centres, with a long tradition in research, have in common their approach to agricultural and environmental subjects with biology applied as basic element in common and the interaction of its various fields of knowledge with the environment. On the lines of research of the program are integrated, complementing, contents of agricultural production, forest production, production and animal health, ecology, global change, aerobiology, biodiversity, biotechnology and genetics study or Engineering.

As a result of the participation of the different centers, their teachers and lines of research that are articulated, it is a comprehensive doctoral, inclusive of complementary skills program, multidisciplinary and reference in the Middle environment and agricultural production systems, focused on so-called "green engineering" and thorough understanding of biological systems and their interactions.

In addition, it boasts the participation of researchers from other institutions, which will collaborate in the programme by means of collaboration agreements to the effect. Among them you can stand out by its scientific significance, the Consejo Superior de Investigaciones Científicas (CSIC). He is also with the collaboration of the centers of research and experimentation of the Junta of communities of Castilla - La Mancha in agricultural matters, becoming the benchmark agricultural regional research program. Likewise, it counts with the collaboration of different researchers and research groups from the program with the National Institute of research y Tecnología Agraria y Alimentaria (INIA).

More information about the PhD program in Agricultural and Environmental Sciences