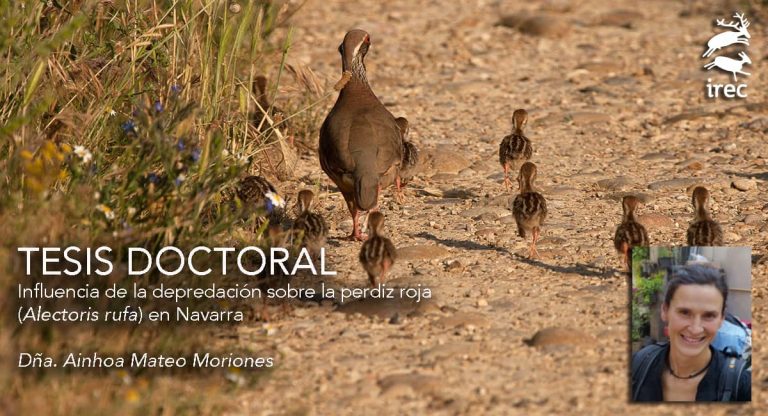 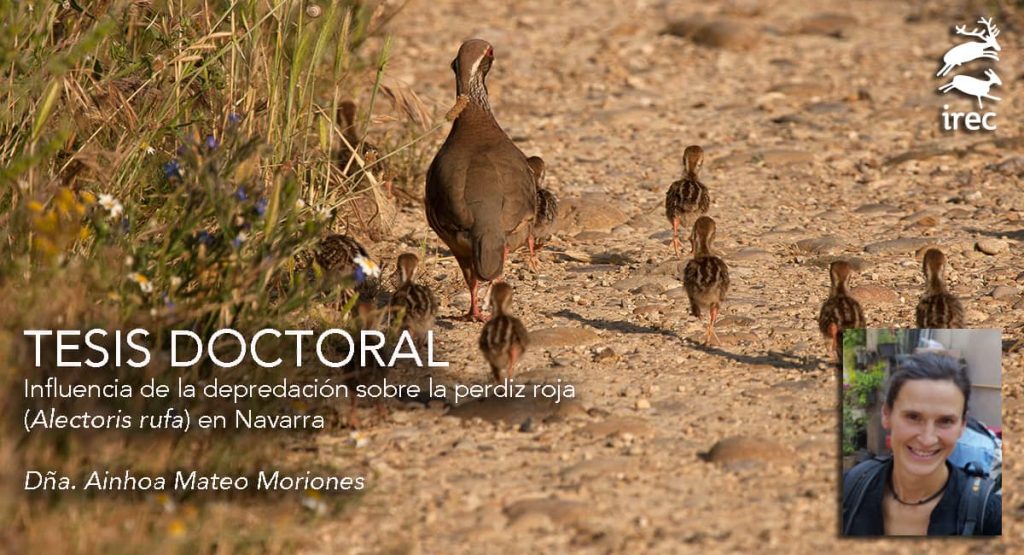 The next February 12 from 11.00 a.m., at Instituto de Investigación en Recursos Cinegéticos (IREC – CSIC, UCLM, JCCM), the defense of the doctoral thesis of Dña. Ainhoa ​​Mateo Moriones, entitled "Influence of predation on the red partridge (Alectoris rufa) in Navarra”.

Directed by the researchers of the Higher Council for Scientific Research (CSIC) Dr. Pablo Ferreras de Andrés, from the Research Group in Game Resources and Wildlife Management from IREC, and Dr. Rafael Villafuerte Fernández, from the Institute of Advanced Social Studies (IESA - CSIC), this thesis has focused on the study of the influence of predation on the populations of red partridge in the Autonomous Community of Navarra.

The the red-legged partridge (Alectoris rufa) It is a galliform of great ecological and socio-economic value in this community, where its populations experience a continuous decline, as in the rest of its distribution areas. Among the many causes of this trend, predation could play a prominent role. This work tries to determine the incidence of predation on the red partridge throughout its annual cycle.

Using radio-marking and tracking of specimens of different age groups, the survival rates of adults, nests and partridge chicks throughout the year, and the relative weight of predation on their mortalities. The main groups of predators that affect each age group the most have been identified. Appropriate methods have been developed for radiolabeling chickens from hatching to adult size, a period for which knowledge is scarce. In addition, an experimental study has been carried out in which the effect of control of fox populations on the survival of the red partridge in its different phases of its life cycle.

Finally, a demographic model for the species which allows identifying the periods of greatest vulnerability and developing a series of theoretical scenarios in which, based on the combination of different management measures, the effect that these would have on the trend of the species is projected.

It is intended, therefore, that this thesis has a practical application and can be used as support tool in the management of the species.

The defense will take place in the IREC assembly hall, at the Ciudad Real Campus of the University of Castilla-La Mancha (UCLM). On the other hand, It can also be witnessed electronically. People interested in attending the defense of the doctoral thesis, either in person or online, should contact Dr. Pablo Ferreras (pablo.ferreras@uclm.es).