The Instituto de Investigación en Recursos Cinegéticos (IREC) It was created on February 24, 1999 through a specific agreement between the Consejo Superior de Investigaciones Científicas (CSIC) the University of Castilla-La Mancha (UCLM) and the Community Board of Castilla-La Mancha (JCCM). It is, therefore, a Mixed Institute of shared ownership between these three institutions, which are represented in the Institute's governing bodies through the Governing Commission, which among its functions is to support IREC before other Institutions and Entities, in order to get what is necessary for the best functioning and promotion of the Institute.

The IREC is the first Spanish scientific center dedicated to the investigation of different aspects relating to hunting activityunderstood as a renewable natural resource. 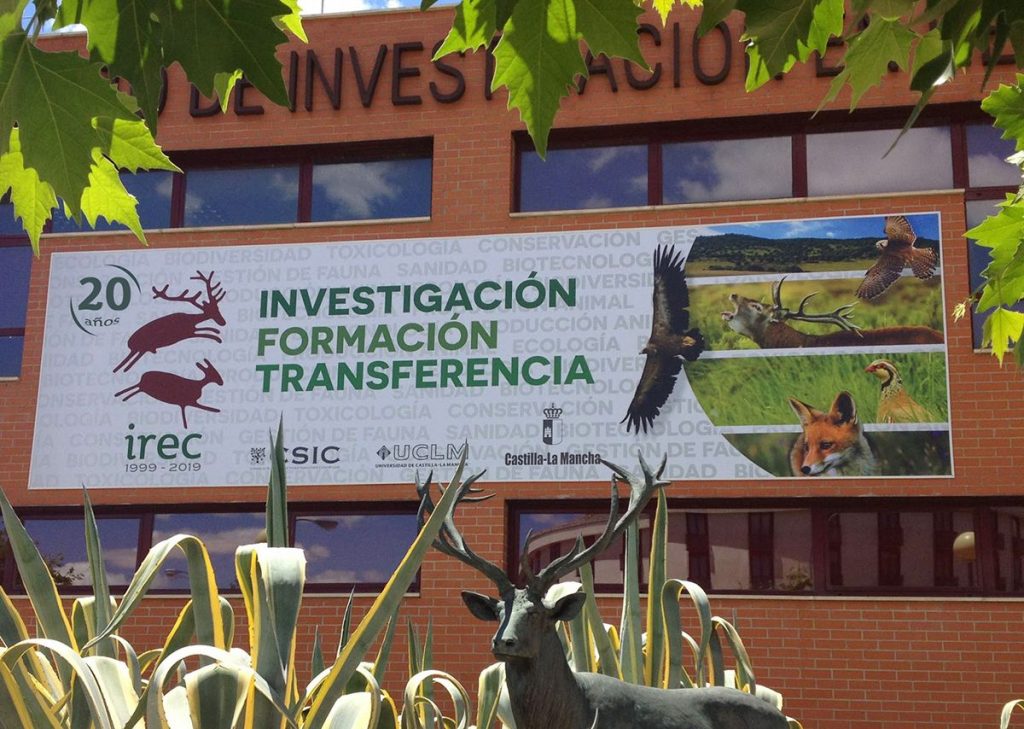 Since its inception in 1999 until June 2002, the headquarters of the IREC was provisionally located in facilities of the University of Castilla-La Mancha at Libertad street of Ciudad Real. Today, IREC has its own headquarters on the campus of Ciudad Real, in a modern building built by the CSIC, next to the Rectorate and the Luis Arroyo Auditorium [see map]. This building has a large endowment of offices, laboratories, a library and other facilities dedicated to the research, training and dissemination of scientific knowledge on species of hunting interest and wildlife in general.

The addresses of the IREC

At present, IREC has 20 years of experience in research, training and transfer dedicated to the resolution of the various ecological, health and socio-economic conflicts associated with the management of hunting, game species, wildlife and natural habitats, being an international benchmark.

The Institute of Research in Hunting Resources (IREC): 20 years of research and training