Next Wednesday you are invited to the Nice Science, which is celebrated on the occasion of the international day of women and girls in science (February 11)!

There will be three large lectures carried out by three researchers conducting their research in 3 major scientific institutions of Ciudad Real.

One of the speakers will be Patricia Barroso Seano, carried out his doctoral thesis at IREC, and that will present a talk titled "I was not, it was my parasite", which will tell us as some parasites manage to change the behavior of their hosts at will c n order to complete their life cycle, thus ensuring their survival, and being able to change the sex of the host, convert them into real slaves and even encourage him to suicide.

Leticia Serrano Oviedo will also be present, who with her talk "Film scientists" will tell how the figure of the scientist in the cinema has evolved in comparison with the real concept.

And, the third speaker, will Cristina Berges Serrano who will talk about advanced processing technologies to manufacture highly demanded components of high performance in the industry and will present a pilot plant with significant activities recognition in Europe that is working on the premises of the UCLM. In addition, will draw to us to the world of entrepreneurship to broaden the career opportunities offered to the personnel involved.

Don't miss it this great appointment with science, research and knowledge. 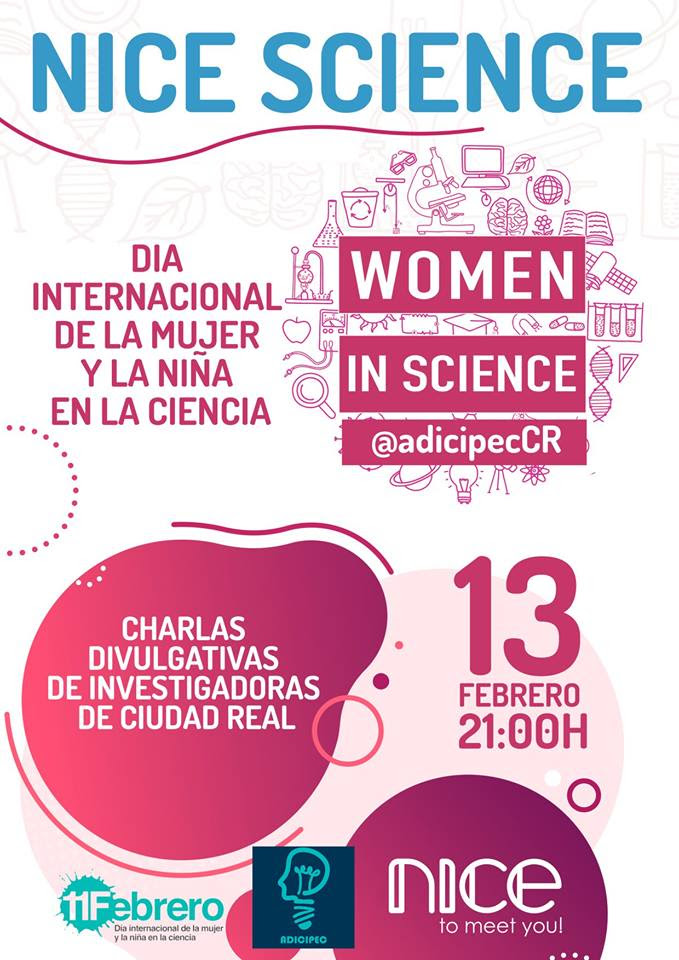