Tuberculosis is a chronic bacterial disease of mammals caused by microorganisms of the genus Mycobacterium, which include . and other members of the complex M. tuberculosis. In many countries of the world, including Spain, tuberculosis is not only an important infectious disease that can affect several species of domestic and wild animals, but it is also a zoonosis that constitutes a public health problem as it can be transmitted to humans.

Currently, tuberculosis is one of the greatest enemies of extensive livestock, both because of the disease itself? as well as the economic impact derived from the control measures, being one of the animal health problems that costs the public administrations the most money. In addition, it causes significant losses in the hunting sector, since it affects wild ungulates, and has a negative impact on the conservation of some threatened species.

The transmission of current and historical knowledge about tuberculosis, including technical advances and existing developments in this field of animal health research, it is essential to facilitate a fluid and effective dialogue between all the agents involved that allows significant progress in the fight against this disease.

With this objective, the book “Animal tuberculosis: an approach from the perspective of Science and Administration”, Which is edited and coordinated by Dr. Ana Balseiro, from the Veterinary Faculty of the University of León; Dr. Christian Gortázar, from Research Group in Health and Biotechnology (SaBio) of the Instituto de Investigación en Recursos Cinegéticos (IREC – CSIC, UCLM, JCCM); and Dr. José Sáez, from the General Directorate of Health of Agricultural Production of the Ministry of Agriculture, Fisheries and Food; has had the collaboration of more than 40 researchers and technicians from the world of animal health. 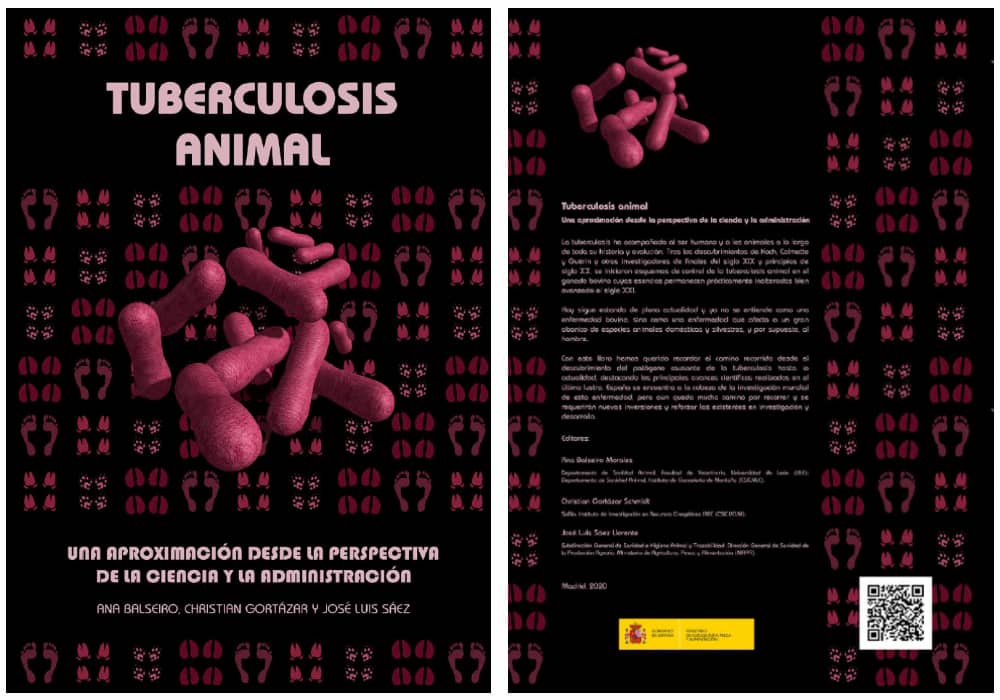 The book includes the contextualization of the current situation of the disease in the world, in Europe and in the Iberian Peninsula based on its historical background, the analysis of the disease as zoonoses and a detailed description of the main advances made in different fields of research related to the study and control of tuberculosis, finally contributing, based on all this, a series of reflections with a view to the future.

This book aims to become a window open to the knowledge of animal tuberculosis and the progress that science in the service of society and public administration are making in solving this animal health problem in favor of a more prosperous environment and society.