“Scientific: past, present and future - UCLM"It is a work of Theater science in which five researchers from the University of Castilla-La Mancha (UCLM) interpret five scientists from the past and present themselves in order to motivate science of the future.

It is an adaptation of the original work "Scientific: past, present and future"University of Seville, which began as anecdotal something for these five artists from the lab and scenarios, until its success prompted them to develop an outreach project to seek funding to Spanish Foundation for Science and Technology (FECYT), together with Unit Scientific Culture and Innovation of the Research UCLMWhich performs the tasks of coordination. 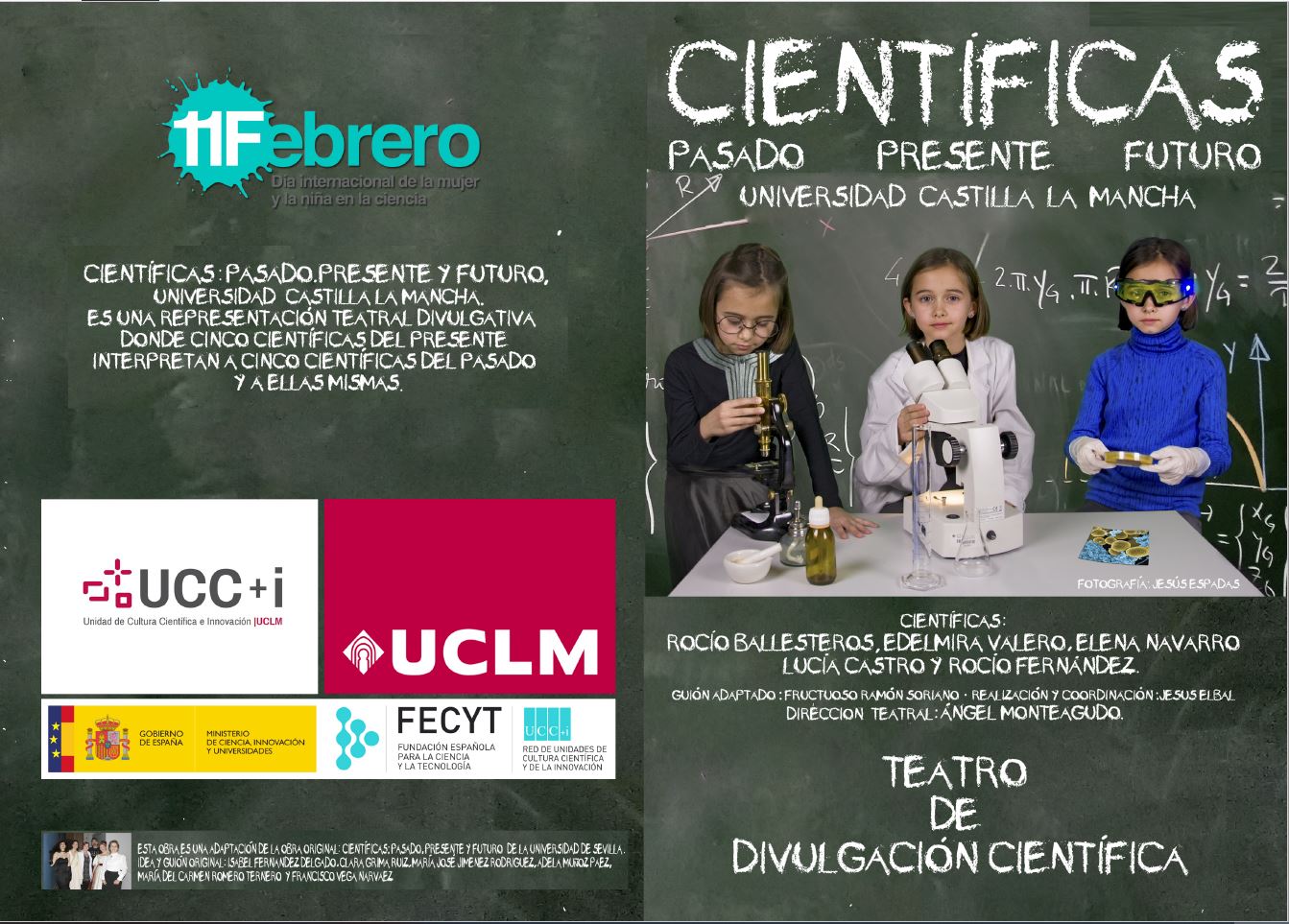 They made it! And because it can bring your play to the four campuses of the UCLM this year as part of the program of activities of the International Women's Day and Girls in Science.

The work will go through the Campus of Royal City (24 January), the de Cuenca (February 7), the Albacete (February 11) and Toledo (May 29) and will be attended by 2,600 children a total and girls in grades 5 and Primary 6 from 54 different schools, having a waiting list of about 1,500 students. 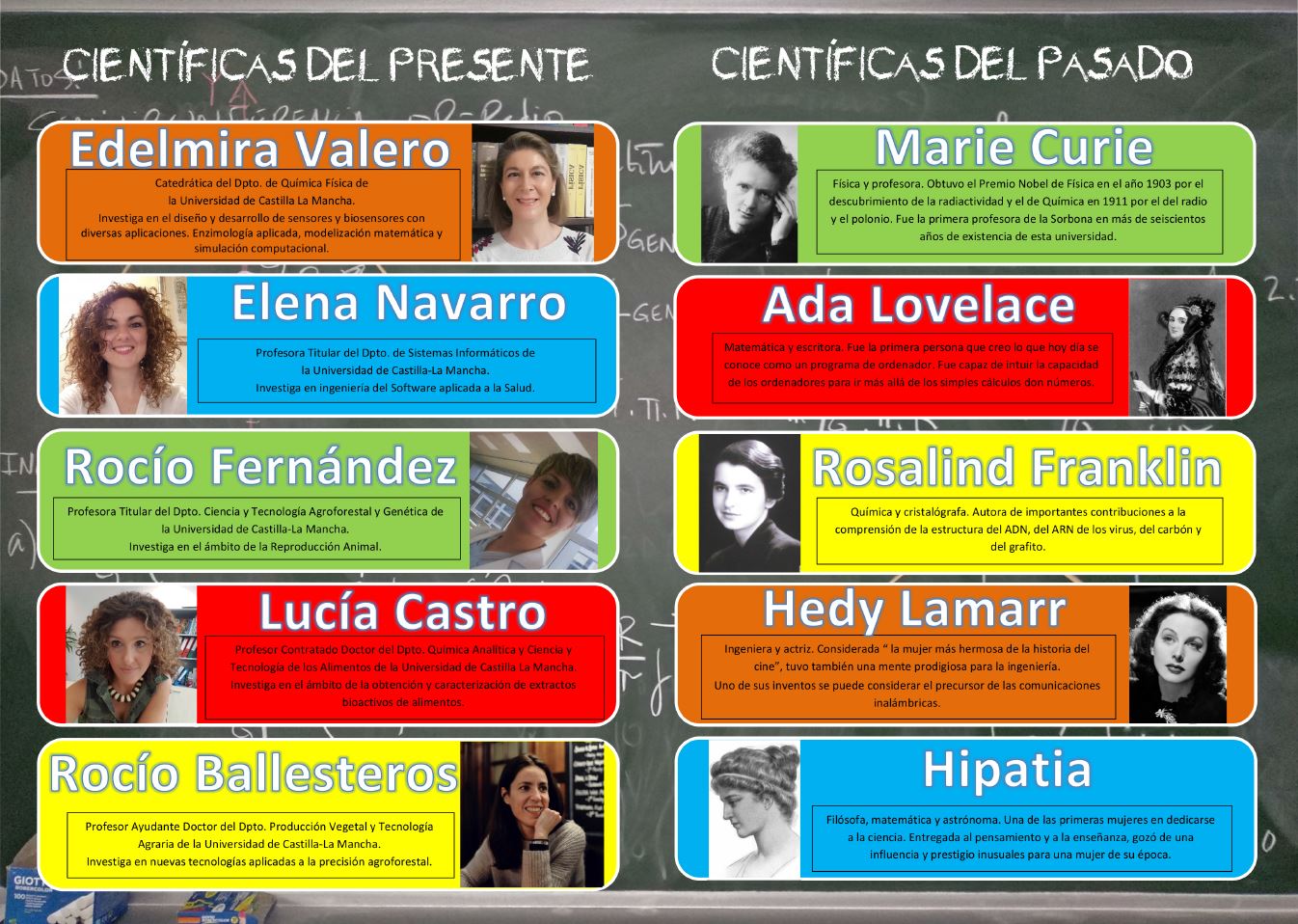 Science of the past that appear in the work are Hypatia of Alexandria, Ada Lovelace, Marie Curie, Rosalind Franklin and Hedy Lamarr. Science of the mind that interpret, and that after the work engage in a dialogue with the children attending the work, are Drs Edelmira Ruiz Valero, Maria Elena Martinez Navarro, Lucia Isabel Vázquez Castro, Rocio Gonzalez Ballesteros Maria de El Rocío Fernández SantosThis last companion of the Instituto de Investigación en Recursos Cinegéticos (IREC – CSIC, UCLM, JCCM). 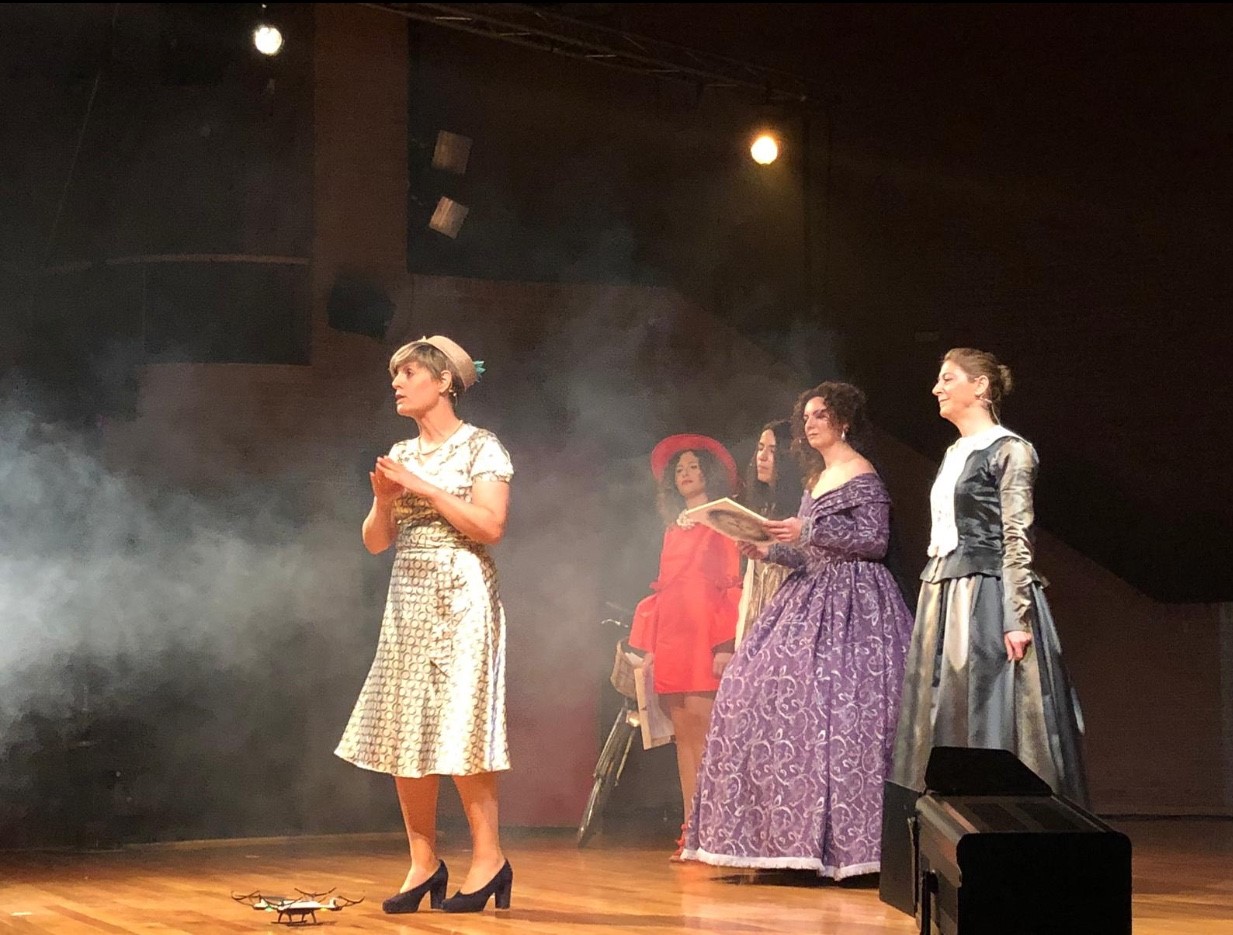