Researchers from the SaBio (Health and Biotechnology) and Toxicology Group of IREC have collaborated in the writing of the report entitled Recorded effects and perception of climate change in the countryside of Castilla - La Mancha. IREC participates with four works on the effects that climate change can have on the appearance of some diseases and on animal reproduction. 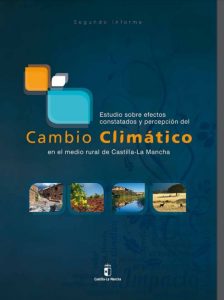