Through these conferences, university students and members of ONCE visit the exhibition "Hunting, an evolving challenge"Through a guided tour and adapted 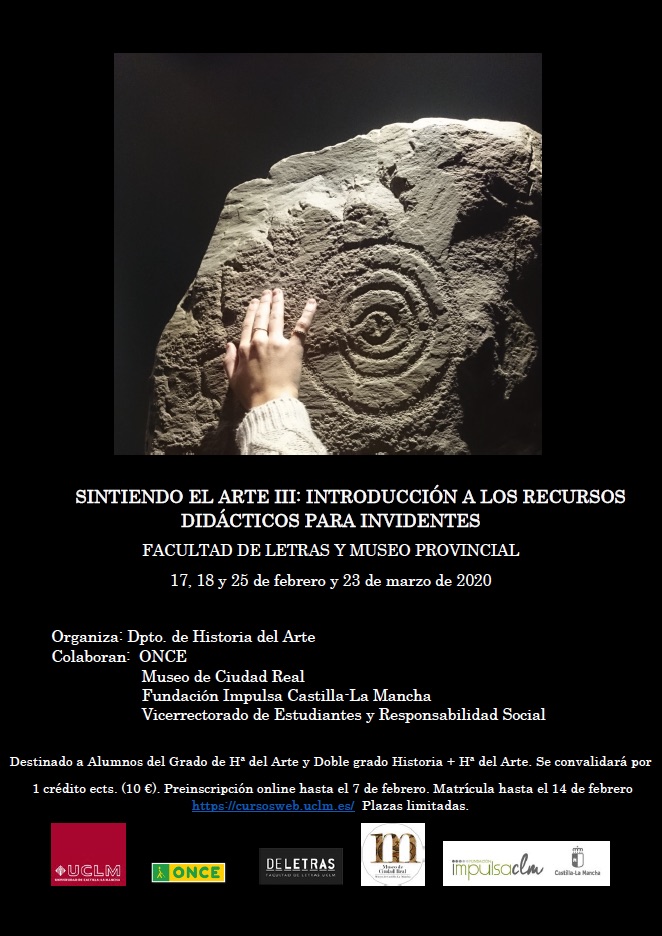 The Instituto de Investigación en Recursos Cinegéticos (IREC – CSIC, UCLM, JCCM) collaborates in the conference "Feeling the Art III: Introduction to didactic resources for the blind”, An initiative organized by the Department of Art History of the University of Castilla-La Mancha (UCLM) in collaboration with the Ciudad Real Museum, the National Organization for the Spanish Blind (ONCE) and the Fundación Impulsa Castilla-La Mancha, which is already in its third edition.

The conference is aimed at university students and members of the ONCE, and its main objective is to train participants in the different methodologies and teaching resources to get closer to the historical, artistic, scientific and environmental heritage to blind or visually impaired. For this, theoretical and practical sessions are held during several days, including guided visits to different museums

On February 18, the conference was held at the Ciudad Real Museum and consisted of a guided tour adapted to the exhibition "Hunting, an evolving challenge”. A total of 15 students had the opportunity to enjoy the theoretical explanations the director of IREC himself, Dr. Rafael Mateo, who were accompanied by the touch recognition of a selection of archaeological pieces, naturalized animals and many other objects related to the world of hunting, as well as different scientific instruments used for the study of wildlife.

Here we leave you some of the photographs that this fantastic day of cultural and scientific dissemination left us:

[VIDEO] Hunting in the Middle Ages of the Peninsula - By José M. Fradejas Rueda