The urban fauna of Ciudad Real becomes the protagonist of the activity with which the IREC participated in the initiative "Science in the Street", organized by the House of Science of Ciudad Real.

On Thursday, June 17, 2021, the initiative “Science on the Street”, Organized by the Ciudad Real Science House to enjoy science and make it known to the youngest. A total of 23 research centers, faculties and associations of the city participated in the event.

Among them was the Instituto de Investigación en Recursos Cinegéticos (IREC – CSIC, UCLM, JCCM), which, thanks to the involvement of 15 researchers and students from the center, participated with an activity entitled “Know the urban fauna of your city and the monitoring methodologies”. The activity consisted of various workshops, such as a footprints and signs workshop, another for animal construction, a Kahoot on fauna, a small exhibition and a tour of the different points of the park, in which it was possible to listen, sightings and recognition of birds. 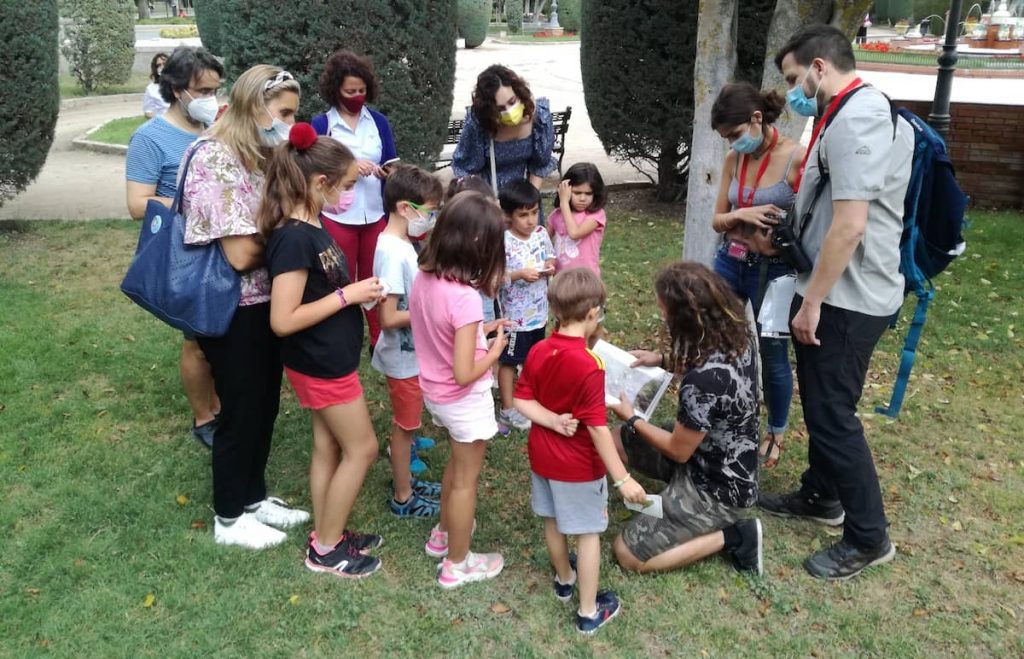 A moment of "Know the urban fauna of your city and the monitoring methodologies”On June 17 at Parque de Gasset, in Ciudad Real.

Thanks to these types of initiatives promotion of scientific cultureFrom IREC we contribute to fulfill our commitment to publicize our research work, which covers various aspects related to wildlife and its management and conservation.