More than 50 students from nine educational centers in Castilla-La Mancha and Castilla y León discover how studying mathematics, biology, chemistry and physics, among other basic subjects, is essential for the study of wildlife.

At the Instituto de Investigación en Recursos Cinegéticos (IREC – CSIC, UCLM, JCCM) we could not miss the opportunity to contribute our bit to the Science and Technology Week (SCT) through some activities of scientific communication with which to bring the world of wildlife closer to society, especially to the youngest.

One of these activities, called “Knowledge of scientific subjects: From classrooms to research centers. The case of the study of wildlife”, was aimed at demonstrating to the participants that the knowledge acquired in science subjects, such as mathematics, biology, chemistry and physics, both at school and at high school, are fundamental to wildlife research. 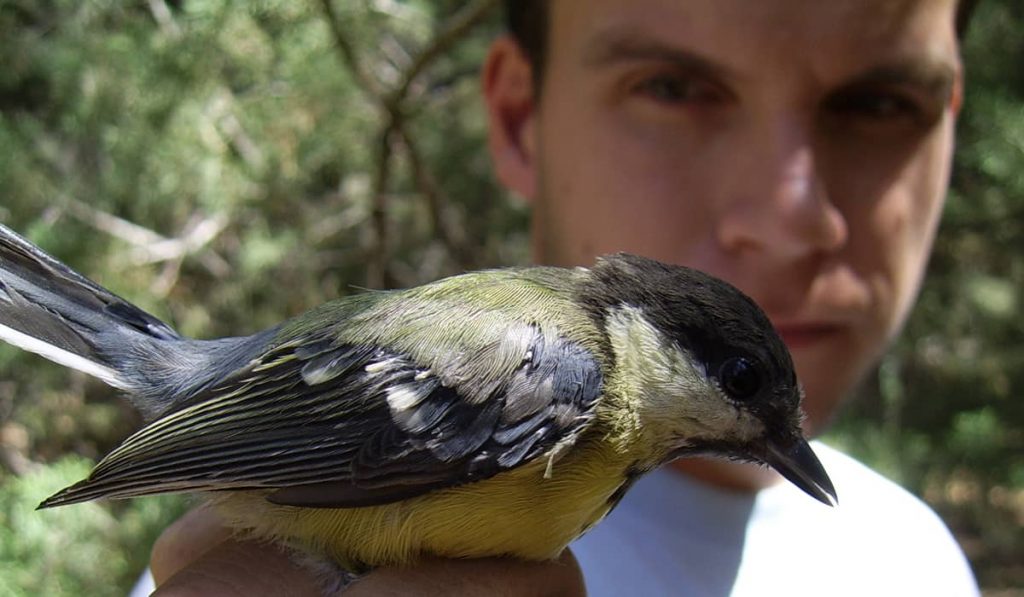 The activity was organized by Dr. Javier Fernández de Simón, research staff of the Research Group in Health and Biotechnology (SaBio) of the IREC.

For example, the trigonometry that we learn in mathematics is used to estimate the population density of wildlife using methods based on the direct observation of individuals and their distance and position relative to that of the observer. Learning microbiology and biochemistry is essential to know the diseases that affect our fauna and humans and, of course, to be able to cure and prevent them. The position of the elements in the Periodic Table tells us about their physical and chemical properties, on which the toxicity of metals largely depends, so knowing these elements well helps us to detect, evaluate and prevent, for example, ecotoxicological problems derived from heavy metal contamination. 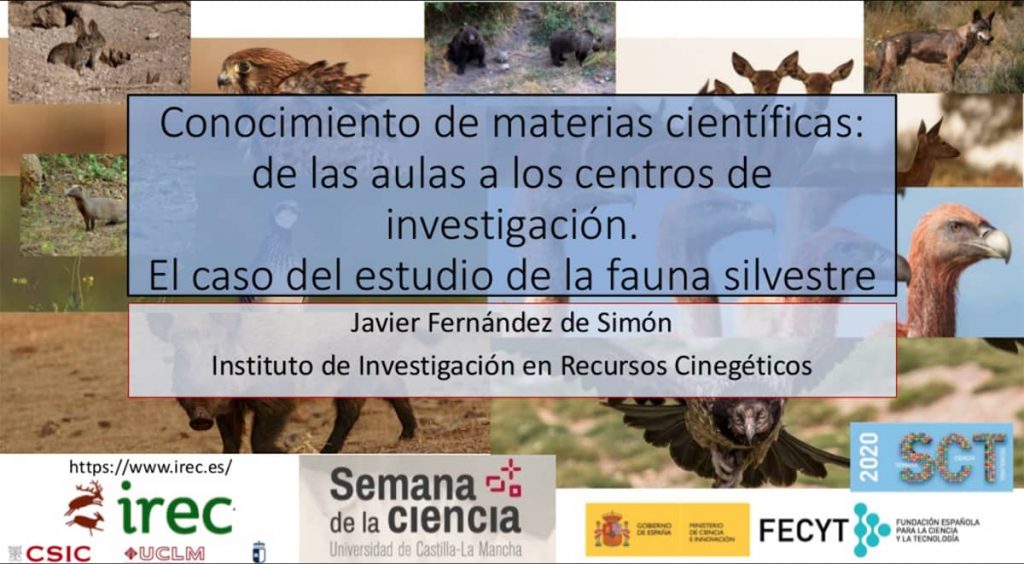 You can access the presentation of this activity of scientific communication by clicking on the image or on this link.

With this activity, we hope to have contributed to increase the interest and vocation for science among the more than 50 students from eight Obligatory Secondary Education centers and one for Professional Training, from Castilla-La Mancha and Castilla y León, who have participated in the activity. In addition, we would like to greatly appreciate the affection shown by these educational centers, which have shown us their interest in participating in other activities of scientific communication that we organize in the future.