Lead poisoning caused by the ingestion of lead ammunition in wild birds is known in Europe since the end of the 19th century. Since then, numerous studies have been conducted to know their impact on different groups of birds, especially waterfowl and raptors. Hunting from fixed positions in both wetlands and terrestrial ecosystems leads to the accumulation of high densities of pellets in the sediment or soil that can then be ingested by waterfowl, galliformes and other groups of birds. On the other hand, the embedded lead ammunition (pellets and fragments of bullets) present in shot game animals constitutes the way of intoxication of raptors and scavengers that feed on these injured preys or their carrion. In this review we update the published information on the exposure to lead ammunition in wild birds in Europe, as well as the existing data on the lead contamination of game meat in order to know its implications in food and public health. Finally, we have updated the information on the regulation of lead ammunition in European countries and the international agreements that oblige the signatory parties to advance in the elimination of lead in hunting. 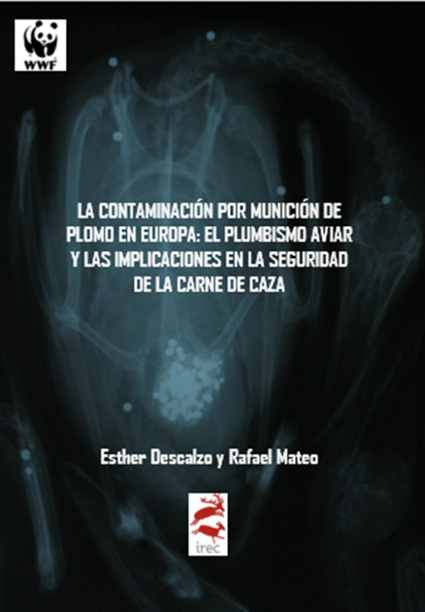 Book "Animal tuberculosis: an approach from the perspective of Science and Administration"